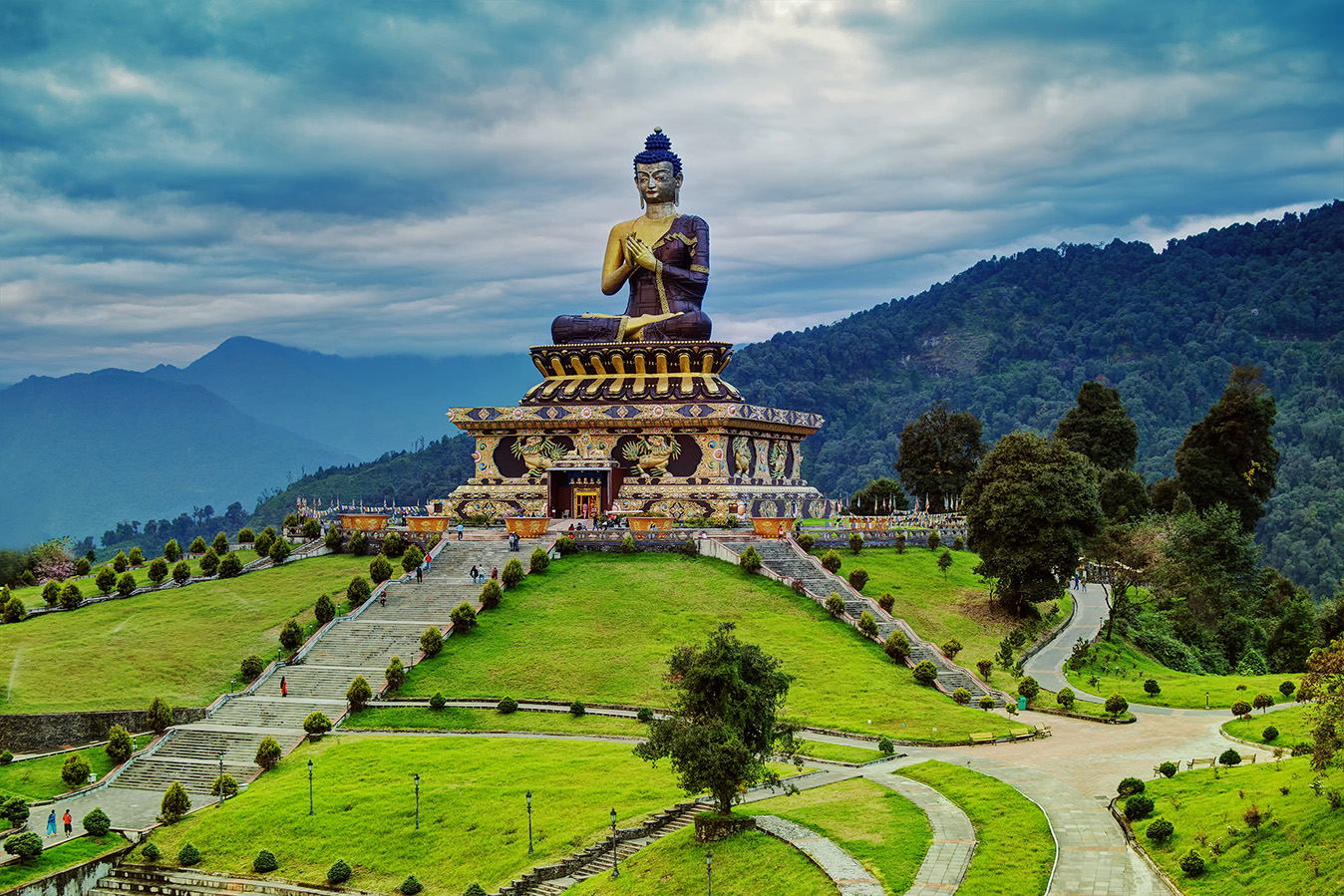 Picture this scenario. You are on an India mountain biking tour in the thick of the Great Himalayas. You’ve been cycling from Manali to Leh for over a week and you’ve already crossed four high mountain passes with elevations upward of 4500 meters. You’ve shed sweat, you’ve fought off altitude sickness and you’ve cycled across a desolate landscape that looks more Martian than Earthly. The pristine topography has you so bewitched that you are convinced that nothing you see further on this Himalayan cycling tour can better it.

But then you reach a place called Pang.

What’s so special about Pang, you ask? Well, it’s a small and nondescript shanty settlement situated in a valley surrounded by muddy brown peaks that seem like giant ant hills. Pang is beautiful in its own way, but it’s not the specialty I’m talking about.

A tarmac road leads up from Pang to a surrounding peak. You mount the saddle of your bike and press uphill. Like many such ascents on this Manali to Leh cycling trip, you expect a breezy downhill ride upon reaching the peak. The miracle begins when you summit. Like a curtain lifting off a panoramic surreal painting, a most breath-taking landscape is revealed before your eyes: the high-altitude plateau of Morey Plains. A flatland that stretches on for miles and miles in all directions. An anomaly in the Himalayas of mighty peaks. It’s flat but situated at so high an elevation that the clouds above seem pressed down by the invisible hand of the universe.

This kind of surreal natural beauty is hard to come by, and well-nigh impossible to forget. India, as one of the best cycling tour destinations of the world, has its share of such heart-stopping scenic sights. And the best bit of news is that there are cycling tours to take you right there.

Cycling in the lap of the third highest mountain in the world, Kanchenjunga, is a great perk itself, but what sets this tour apart are the relatively unexplored locations the Sikkim cycling trails wind through. The tour’s starting point, Gangtok, itself affords a good view of Siniolchu, an aesthetically gorgeous mountain that was described by the 19th-century British mountaineer, Douglas Freshfield, as “the most beautiful mountain in the world”.

Whether or not you agree with Freshfield, you will have plenty to gawp at and gush over during the cycling tour of Sikkim. For instance, the beautiful Temi Tea Gardens, or the quaint towns of Ravangla, Tashiding, Yuksom, with their Buddhist monasteries, or the sacred Khecheopalri Lake, which is said to have wish-granting powers. The best spectacle of this cycling adventure of Sikkim comes at the end of the tour, in Darjeeling, which is located right at the tip of the neighboring state of Bengal. Before the crack of dawn, one must ride up all the way to Tiger Hill (2600 meters) to arrive just in time for the first rays of the sun to light up the Himalayan peaks. Stand facing north and what do you see? Mount Everest and Mount Kanchenjunga in one panoramic view, their peaks lit golden in the first light of the day.

The epithet ‘God’s Own Country’ may have become a bit cliched by now, but it is no less befitting. For Kerala, a coastal state situated in South India and overlooking the vast Arabian Sea is indeed a land blessed by God’s artistic hand. The Western Ghats mountain range and the network of lakes and canals create a topography that seems straight out of fantasy fiction.

If you are cycling in Munnar, for instance, you will ride through the famed cardamom hills dotted with spice gardens and tea estates that look carpeted on an undulating landscape. You will pinch yourself while marvelling at the shola forests, which are unusual thick patches of woods separated by grasslands. You would want to get lost (for a while only, of course) in the maze of Kumarakom’s canals while taking a canoe ride. You will experience the rural idyll of Kerala while cycling along the fishing villages. On a houseboat ride in Alleppey, you will discover the calm of Kerala’s backwaters. Not far off on the Marari beach – one of the best hammock beaches in the world – you will enjoy the heady mix of the sun, sea and sand. A cycling tour of Kerala is like a trip into a land where reality and fantasy flirt at many corners of the trail.

If ever India had a wild west, the state of Rajasthan would fit the bill. Part desert, part oasis, it is a land of beautiful contrasts. Go to its western extremity and you experience the harsh desert just a little way off Jaisalmer. Slide to its south and you find the veritable Indian Venice in Udaipur – glassy lakes with ancient palaces (now turned into hotels) sitting smack in the middle of the glimmering water.

The most distinct feature of Rajasthan’s topography, however, is the Aravalli mountain range, which is older than the Himalayas and manifests itself in the form of hills and hillocks. On top of some of these hills, you find ancient forts (strategically located for a bird’s eye view of the territory for miles) that have stood the ravages of time and wars. The forts of Kumbhalgarh, Mehrangarh, Amber, and the palaces in the cities of Udaipur, Jaipur, and Jodhpur are vignettes of Rajasthan’s royal history and glory. A cycling tour of Rajasthan packs all of it and then some. Not only does it reveal the raw beauty of a sun-baked landscape, it lifts a veil off Rajasthan’s immense wildlife diversity with a stopover at Ranthambore National Park. And if you’re still not sated, you can always top your Rajasthan biking tour with a sightseeing trip to the Taj Mahal in the neighboring state of Uttar Pradesh, just a three-hour drive from Ranthambore.

Spiti Cycling Tour: Into A World Within The World

‘A world within the world’ is how the Nobel laureate and distinguished British writer Rudyard Kipling described Spiti in the Himalayas of Himachal Pradesh. Every word of this observation is worth its weight in gold. For Spiti is a place in another spacetime. Quaint villages untouched by urban modernity, Buddhist monasteries still standing firm as they have for centuries, customs and traditions impervious to the change of time, and, most importantly, a raw pristine landscape of mountains in the hues and contrasts befitting the work of a celestial artist –Spiti ought to be on the wishlist of anyone spoiling for a Himalayan mountain biking tour.

Be mindful that a cycling tour of Spiti is an expedition of extreme difficulty. Starting out from the hill station of Shimla, you press northwards into the Kinnaur district before entering Lahaul and Spiti, where you cycle at the elevations upward of 3000 meters (at one point you go as high as 4079 m). The Himalayas here are majestic and unforgiving. The vegetation is sparse, save for the green oases that make for human habitation. Chilly winds often sweep through the landscape, battering the Buddhist prayer flags and – as the devout believes – carrying the sacred word to far-off places.

A spectacle of unvarnished beauty in the here and now.

Naresh Kumar
A writer who wants a bit of everything in life – travel, adventure, writing, music, literature, cinema, history, science, and arts. What I manage to get is another question altogether!
Uttarakhand Cycling Tour 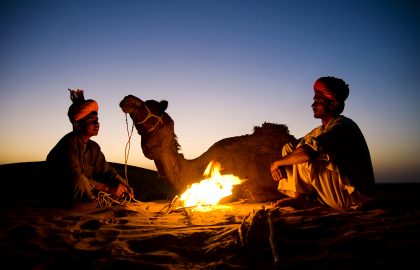 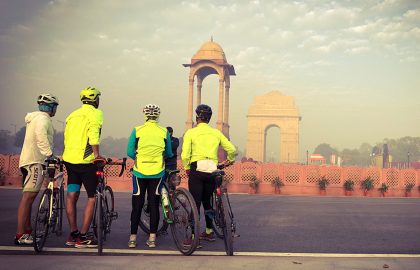 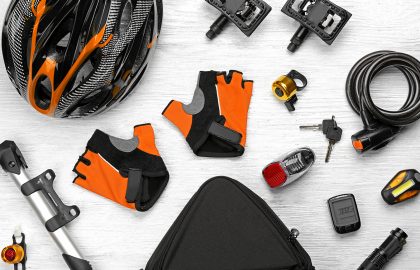 Cycling Accessories You Need For Cycling in India 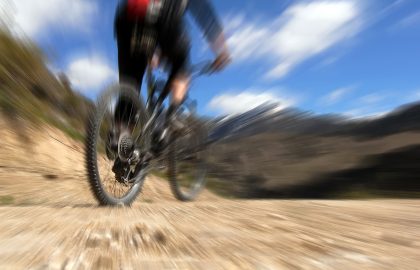 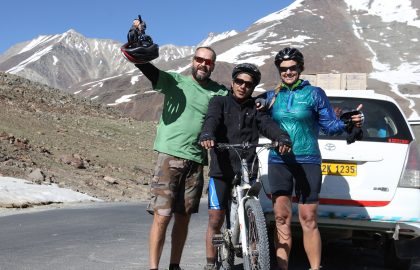