How to ride cycling in Urban India.
Spread the love

THE DO’S AND DON’TS OF URBAN CYCLING IN INDIA
India is home to approximately 40 million bicycles. With an average of over 20 million people in major cities, it is one of the most densely populated countries on Earth. A high percentage of vehicle ownership in Tier 1 cities, coupled with horrendous roads and ever-increasing traffic, has left little to no capacity for implementation of any basic cycling infrastructure. As bicycle ownership increases in the post-pandemic era, cyclists are out on the roads riding through these conditions. It is essential that cyclists not only follow the rules of the road but also heed caution on the roads. Here is a list of do’s and don’ts for cycling on Indian roads.

One of the most common injuries cyclists suffer are head injuries, which can range from anything like a cut or a bruise to a traumatic brain injury. Global research in the cycling industry has shown that helmets reduce the risk of severe brain injuries by about 88 percent. Due to increasing traffic conditions, potholes and countless obstacles lurking around, cycling in India is surely a high-risk activity. There are a wide range of helmets out there in the market, but they all serve one purpose – to protect your skull. So, make sure you get one that fits you properly.

There are 3 benefits of cycling lights: reflection, visibility and safety. Cyclists are road users like every other vehicle that need to ‘see’ and ‘be seen’ in all light conditions. There are two types of lights that a cyclist must use: a front light, which enables the rider to see the road ahead (in dimly lit conditions), spot important road signs and also be identified by oncoming traffic. Ensure the light is aimed downwards so as to not blind the oncoming road user. A rear light allows other road users or vehicles to identify other road users (i.e. cyclists) from the rear in any light condition. Although reflectors won’t make you visible over a long distance, lights will make you shine!

One handed riding is a mandatory skill for every cyclist. Utilizing your hand to signal your turn alerts other road users to your next course of action. At first, riding one handed can be quite difficult, because as you tend to let go off one arm, both your body weight and center of gravity shift considerably to cause an imbalance while riding. Practice riding with one hand in a safe environment at reduced speed and take turns withdrawing either hand off the handlebar every few pedal strokes.

Pre-ride safety checks will enable you to not only understand your bicycle better but also avoid any future problems. As your riding frequency increases, it is imperative you perform periodic checks on your bicycle. The ABCQ Check – Air, Brake, Chain, Quick Release check is the most effective way to conduct a quick inspection of your bicycle pre- or post- ride. Firstly, storing your bicycle in a dry and roofed area will act as a deterrent for rust and corrosion. Secondly, tire air pressure fluctuates over time due to the terrain and weather conditions. Hence, it is important you keep a stringent check on the air pressure. Lastly, cleaning and servicing your bicycle regularly will ensure its longevity and safety.

Conquering the roads on your bicycle in India comes with a disclaimer – Don’t drown out the noise! By heightening all your senses, you are cautious of passing vehicles, obnoxiously loud horns and errant motorists. By keeping your phone away and not plugging in those earphones or headphones makes you alert and reduces the risk of any severe accident. By staying focused on the road ahead and keeping a safe distance from other vehicles will allow more room for maneuverability in dense traffic conditions.

Although a legal framework for cycling in India is non-existent, those who jump signals won’t be punished by the law, but it is a must that cyclists obey all traffic signs.
In dense traffic conditions, signal your intentions with your arms well in advance to other motorists. Riding too close to the pavement leaves less space to maneuver and doesn’t give other road users a chance to spot you in case they’re overtaking or pulling out of a junction. The safest position to ride on the road (in the absence of cycling lanes), is about one meter from the curb. This prevents you from riding over manholes, drain covers and other debris on the side of the road that could cause an inconvenience.

If you own a bicycle, you should also own a lock. 92 percent of bicycle owners lock their bike with some sort of a locking device, the remaining 8% enjoy having their bikes stolen. Locks are a must have for every rider. Bicycle locks are rated on a scale from 1 to 10; 10 being the maximum amount of security based on lock material and strength. Types of locks range from cable locks, chain locks to D locks. Ensure you loop both your wheel and frame securely while locking your bike.

A regular occurrence in professional cycling races or Grand Tours, drafting or slipstreaming is when a cyclist is riding behind another cyclist in close distance, where the former’s energy is conserved especially at high speeds. When cycling in India, avoid drafting behind large vehicles as they may not be aware that you’re following them. Similarly, a cyclist’s view of the road is blocked by the vehicle in such close proximity. Ride at a safe distance of at least 2-4 metres away from large motor vehicles on city or highway roads.

9. Protect yourself against the elements

India is a country of extreme temperatures and weather conditions and especially now, cycling in India has become an all season sport. Buying the right apparel for those seasons is very significant if you want to protect yourself against natural elements. As a cyclist, it is important to own a reflective vest or rain jacket for the monsoon, a sweat cap for the summers, a pair of cycling gloves for that extra grip in different weather conditions, protective sunglasses and sunscreen.

Cyclists are a hated bunch among other road users and motorists. Often perceived as reckless, careless and showing complete disregard to surroundings, the public dislike of cyclists among motorists is quite apparent. As cyclists, all we can do is pedal on and enjoy the freedom and fun of riding a bicycle while obeying the rules. There’s no time for hate.

Cycling in India comes with a whole bunch of warnings. It is important to remember that although our roads are not conducive to cycling, the best we can do as cyclists is to obey the rules, focus on our safety and pedal on!

Dishanth Kembhavi
Dishanth is a born and raised Mumbaikar. An avid cyclist who speaks German and Spanish and loves a good coffee ride. In his spare time, he loves brewing coffee, rewatching Seinfeld and listening to 80s disco.
Explore Coorg to Munnar on Bicycle
Bicycle Touring in India and Bikepacking 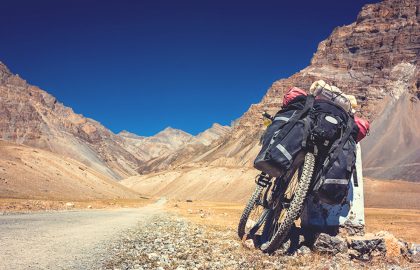 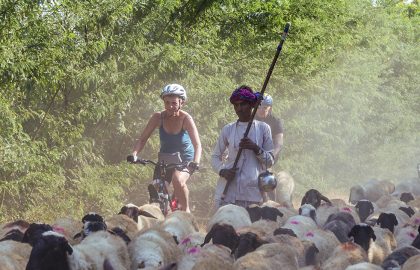 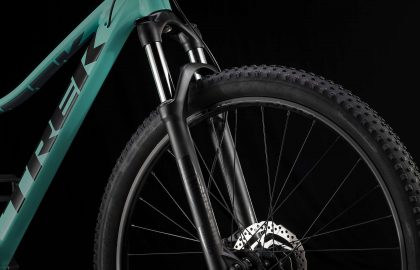 Mumbai to Goa via The Coastal Route 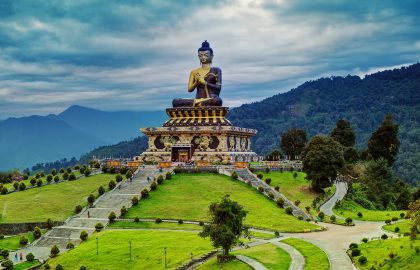 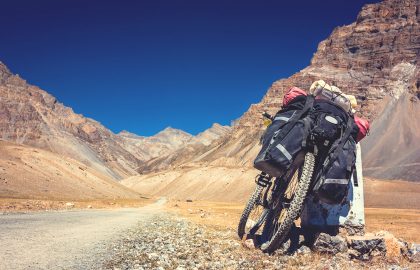 Health Benefits Of Cycling Tour, You Must Consider

Explore Coorg to Munnar on Bicycle